Each puppy, there is a target

Each puppy, there is a target

There are a couple with two children, one called Sarah, called Christie.

When the children were young, the parents decided to raise them a puppy. Puppy holding back, they decided to ask a friend to help train the dog. In the first pre-training, female dog trainer asked: "What is the goal puppy?"

The couple looked at each other, it was an accident, muttering, said: "The goal of a puppy? Course, is when a dog." They really can not think of what the dog another goal.

Female dog trainer very seriously shook his head and said: "Each dog had to have a goal." Couple after consultation, set a goal for the puppy: a play with the kids during the day and at night housekeeping. Later, the puppies have been successfully trained to be a good friend of the child and family's patron saint. The couple is former U.S. Vice President Al Gore and his wife Deepa. They firmly remember this sentence - to do a dog have a goal, let alone make a person.

We often look to others as his own goals, childhood, it is almost a matter of course. However, you will gradually grow up, no matter what other people's expectations of beauty, it does not belong to you. Until the day that you succeed in your own heart transplant this expectation, this expectation germinate, grow into your goals. Then, despite all the branches have the same strain and the original female parent, but in fact it was unrecognizable, its soul completely belongs to you, it is your blood nourished.

We often secular circulation as their goal. This while advocating the money, you put money as their goal. Little do they know the money is only a means rather than an objective, money, things were far from over. Money as a goal, is the leaves as the root. The ultimate goal is synonymous with it hanging in the sand of life among you sail toward it, but it never arrived. Your happiness in this trek in the process flow, rather than the target for its own use. In this sense, the money does not have the ultimate goal of qualification. After a while pop beauty, you'll save manufacturing beautiful beautiful as the target. Beautiful knowing different standards, beauty can be varied, the target is fairly constant. What you need to do after beauty? Beautiful fade, their objective is always bright.

Some people joy and happiness as the ultimate goal, and I think this is worthy of scrutiny.

Happiness is not just a simple pleasure, Leihu diet and breeding instinct. Scientists through research, found that the most long lasting happiness most, from your self-worth reflected. And no doubt, self-worth is subordinate to your goal, a target is not even a person, so what value it!

The goal may be a tree carved pillars of the building, perhaps a green umbrella stays cool to give as gifts, perhaps overtaken by countless white transfer of knowledge, perhaps made of disposable chopsticks everyone's appetite ...... as well as several non- Qing possible, we are not trees, we can never be exhaustive and can not understand the tree's mind.

We are human beings, we can set a goal for yourself, this is one man's duty. 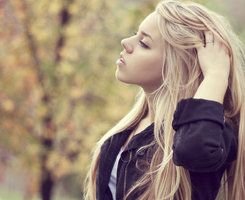 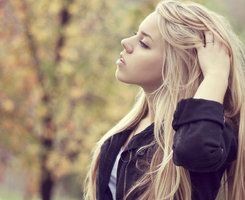